“We were all queens in our own houses. It is like us: We lost everything.”

I had the pleasure of being invited to the Queens of Syria Theatre play at the launch of Liverpool Arab Arts Festival (which by the way, if you missed it this year, It’s a must go next year!).

“I have a scream I have to let out. I want the world to hear it.”

In film and on stage, the women courageously explore parallels between the ancient Greek tragedy and the catastrophe of today’s civil war. Their first-hand experience of a country in turmoil mirrors the Trojan women they portray, displaced and enslaved by war.  In the story Trojan, a timeless Ancient Greek tragedy about the plight of women in war women were grieving for their dead husbands and children, the destruction of their homes and life. Although written in 415 BC, we see the chilling similarities  and almost identical experiences that the Syrian women go through in the 21st century.

What followed was an extraordinary moment of cross-cultural contact across millennia, in which women born in 20th century Syria found a blazingly vivid mirror of their own experiences in the stories of a queen, princesses and ordinary women like them, uprooted, enslaved, and bereaved by the Trojan War. 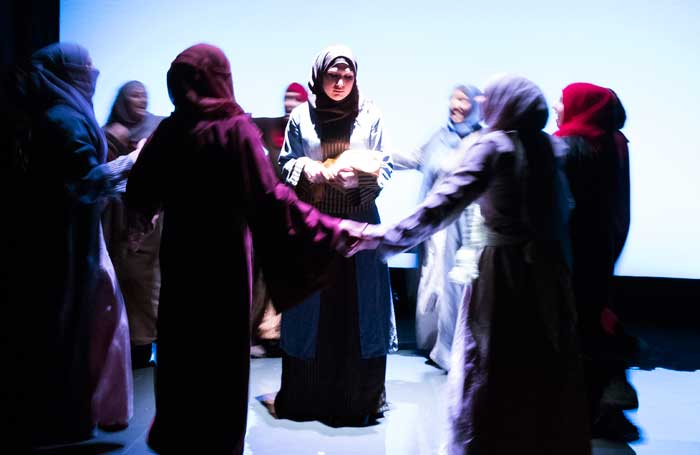 With the years of war leaving up to 470,000 people dead and millions displaces across the world and the current climate towards refugees scaling from welcoming to hostility, this play is essential in showing the human side of the situation. Not only did the play allow these women a voice, but it allowed the audience to come face to face with the product of war. That these women were not just numbers or people we see on the news, but real life human beings right before our eyes. 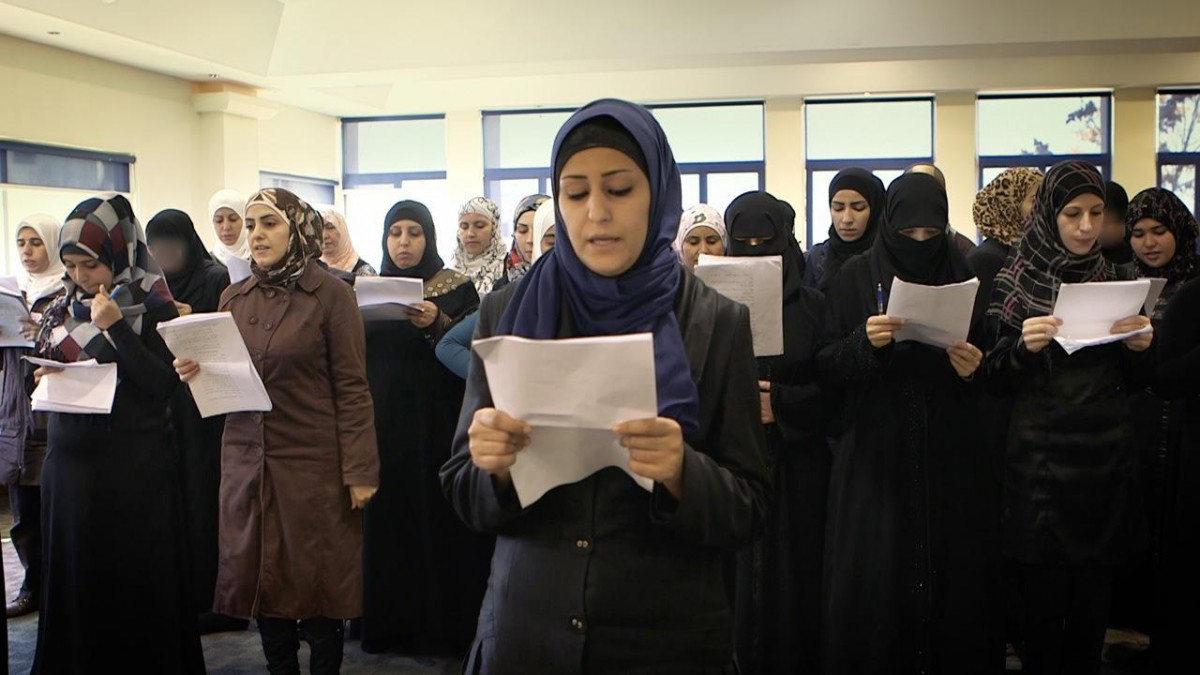 The production actually began as a series of workshops for Syrian women and slowly progressed into an actual production as well as documentary.In the Guardian, it was mentioned several women have spoken about the therapeutic effects of the play, how it has brought them out of isolation, given them a new identity and family, and provided a sense of renewed purpose.

“We came to a new society and we were isolated. Doing the play made us break the ice and we started to connect with others and make some friends. It gave us the courage to talk about our problems frankly and clearly.”

The play was full of emotion, and although in Arabic (subtitles on screen), I felt those that did not speak arabic still felt immersed and captivated by the stories told. The actors shared their personal stories with us of heartache and tragedy. Some of them read aloud letters they would like their loved ones to hear, one spoke about a kidnapping another about her child’s birth. Some of them shared with us the one item they still have from Syria and reminisced about the last day they that they had to escape.

The play was completely sold out and I understand why. It wasn’t a play where the backgrounds changed and the costumes got more elaborate. It was a simple setting, where the women spoke at us and to us. A few benches, a few props and themselves was enough to create a captivating, challenging, emotional, at times uncomfortable but non the less necessary and important play. A play that really wasn’t an ‘act’ but reality.

Queens of Syria trailer from Yasmin Fedda on Vimeo.

The cast will tour Brighton, Oxford, Liverpool, Leeds, Edinburgh and Durham before finishing up in the West End. This will be a life-changing opportunity for the refugees themselves, and an eye-opening experience for British audiences who will hear first hand the harsh realities of life as a refugee.

If one does not get the chance to see this play live, I recommend watching the documentary which you can purchase to support them.

You can find more information here.

Sara F is an Artist and independent curator, her main area of focus is supporting emerging artists and making sure people of colour get to showcase their work in a gallery space. She will be featuring some of her favourite Arab Artists with interviews. You can find her at @FrozenVanity