Delve into the beautifully curated work of Zakaria Wakrim, a photographer from Morocco. We previously featured his stunning work here, and he is back with a new project! After being catalogued as one of the “ Emerging Artists “ in his homeland, he started applying his experimental means to create a deep reflexion around the concepts of Change and Identity.

Your body is woven from the Light of Heaven. Rumi

I am not really sure if the mystical Rumi gave any kind of technological meaning to this quote, but one sure thing is that nowadays everyone is starting to realize that light is not just a matter of the higher state of consciousness, to become conscious again, but also it can be a reliable source of electrical energy.
Amusingly, I was sent to a place of Morocco in the Anti-Atlas mountains, familiar to me since my roots are from there, for photo-work. The point is, that light was the center of my photographic research, in 3 dimensions: light as a photographer, light as a source of energy, and last but not least: light as the divine attribute, light as consciousness and finally God for mystical.

It has to do with an experimental solar grid, the kind of ones most of the countries that have a high average of solar parameters, are starting to install massively to study possible independence from oil energy. This time, it was installed in an old mystic Islamic monastery. Light light light. Greenpeace and a Moroccan start-up were managing it and were trying to give the whole village a certain energetic independence. I was really touched by the way the guys from the monastery were just getting used to their new solar panels and the way they would take care of it. Understanding, at their own level and dimension, that light has something magic to it. I am not sure if they really understand the photoelectric effect, but somehow they were not surprised that electricity could be created via these deep blue solar panels. I was feeling alone, Am I the only one seeing the duality of it? In the Sufi tradition, there is a concept, related to Buddhist Nirvana called Al Fanaa, the extention of the ego. The coming back with the totality of reality. It happens when one stops paying attention to what light reflects in his mind, and start feeling that one dissipates and become one with light instead. This technological improvement within a mystical place brought me back to my very first thoughts regarding light, being a photographer means to focus on what light reflects. In this context, I was elated to create a continuity between objects reflected by light, but also by light itself, since the monks within the monastery were trying to become light, again. The loop is closed. 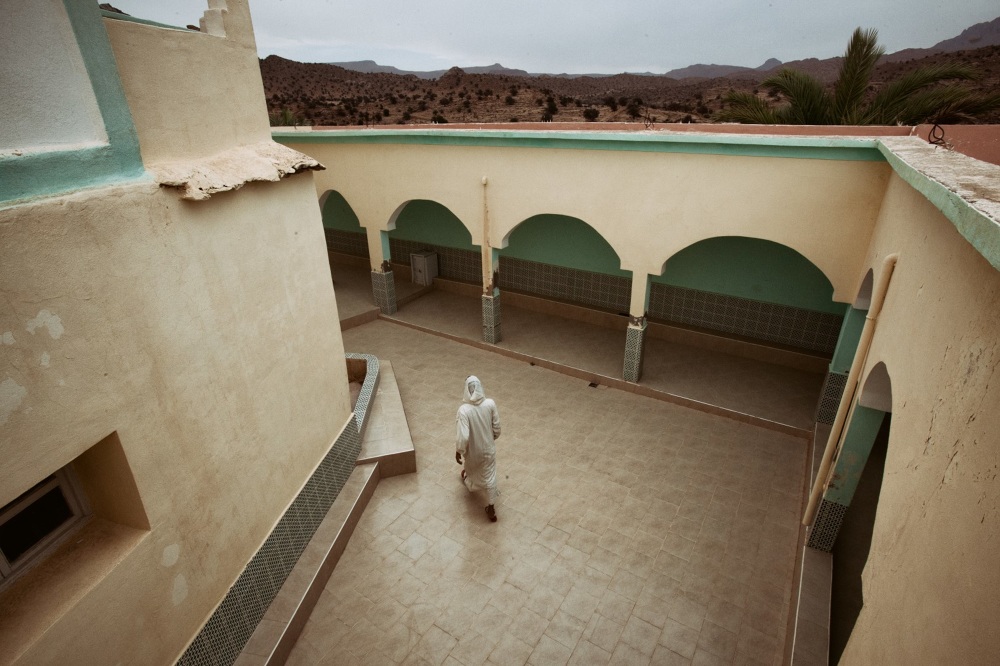 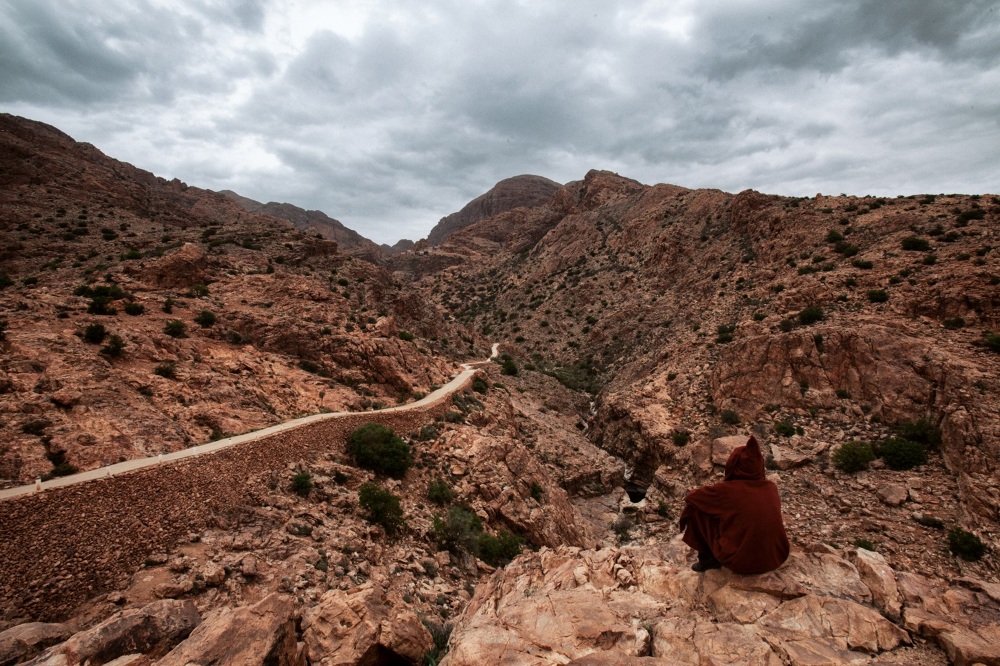 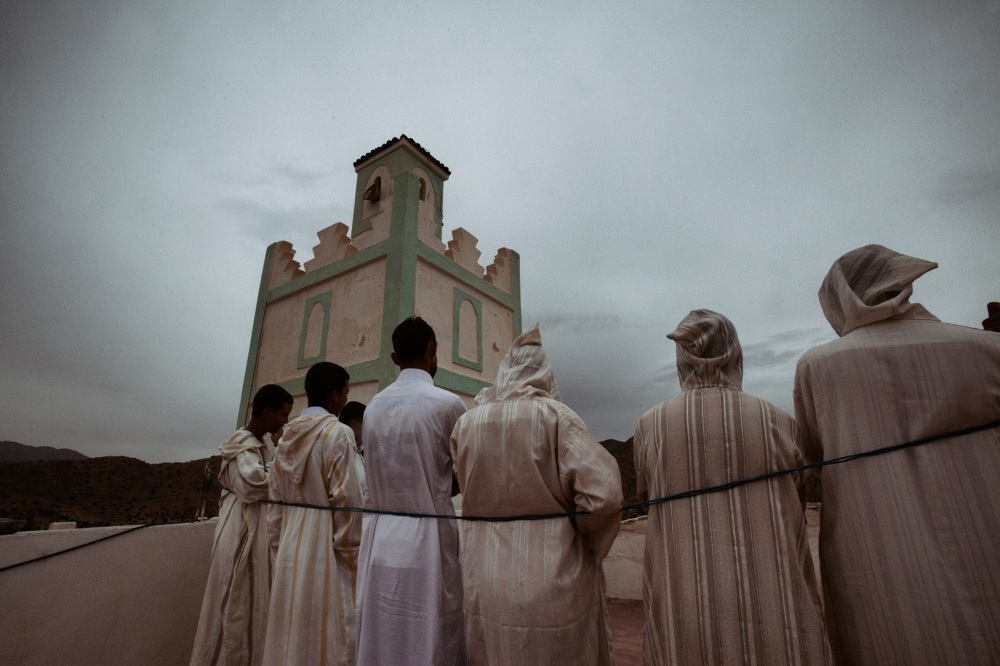 What influenced you to start being creative?

I guess it has to do with the symbolics around the word creation.  To be a creative is being able to give sense to our own stories, reflections etc, it is not only a way of expression but also a way of taking reflection ( and narrative ) to a deeper level.

What themes do you often explore in your artwork and why?

It goes from perceptual boundaries, to the idea of bringing down ideas as Identity, Culture, Borders, and so on.

What inspired  the project Izenzaren?

The idea that there’s no vertical cultural evolution. I grew up in Morocco and always had a strong relationship with Spain. I was sick of hearing sentences like: Morocco is like Spain 50 years ago, Morocco has not become Spain 50 years after. Morocco has it’s own path, as well as all “ third world countries”.  I like the idea of evolving differently as expected, to promote subjectivity as an improvement. This project, in Europe would have remained a technical improvement, here it suddenly earned as a “Spiritual” style, and thus, a symbolical dimension. 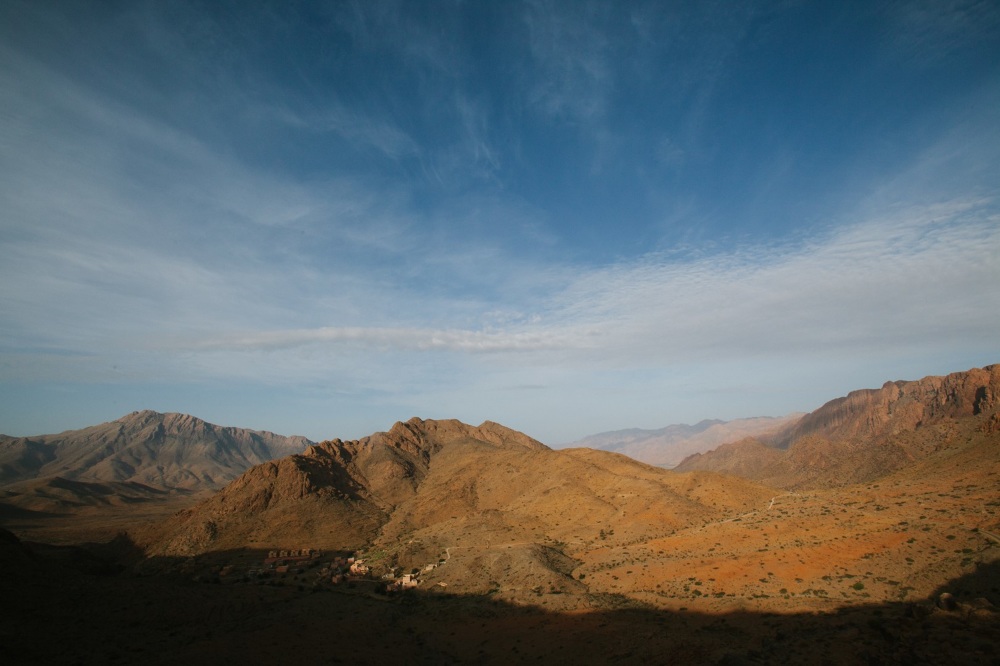 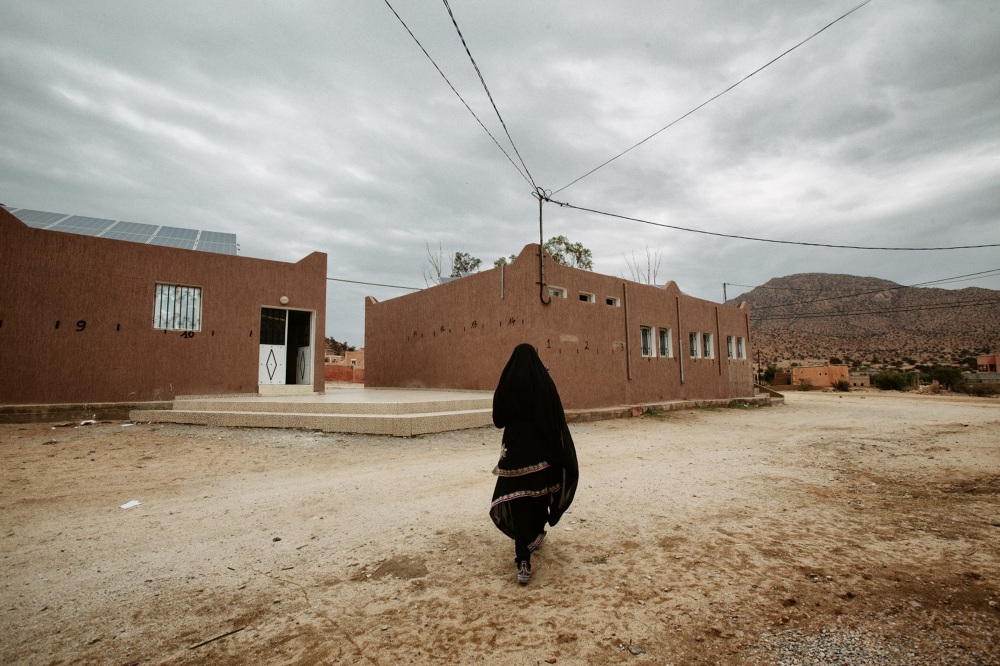 What is your favourite art work that you have created in the past and why?

My infrared series Irology. It proved somehow that we take many things for granted, the way we see, the way we think colors can be “ Natural”, can be obvious to us, can become “classic”.  I liked the idea of bringing down, somehow, that there’s no such thing as “Natural Photography” . That other light spectrums do exist and that the ethymology of “photography” is usually thought as the art of taking Visible Light only. Mankind-limited one.

What is your most important artist tool?

My eyes. Then my camera comes after, technique then always comes after. I’ve already had many eye issues unfortunately and would not be happy if I happen to lose my sight. It is my most important artist tool, definitely. 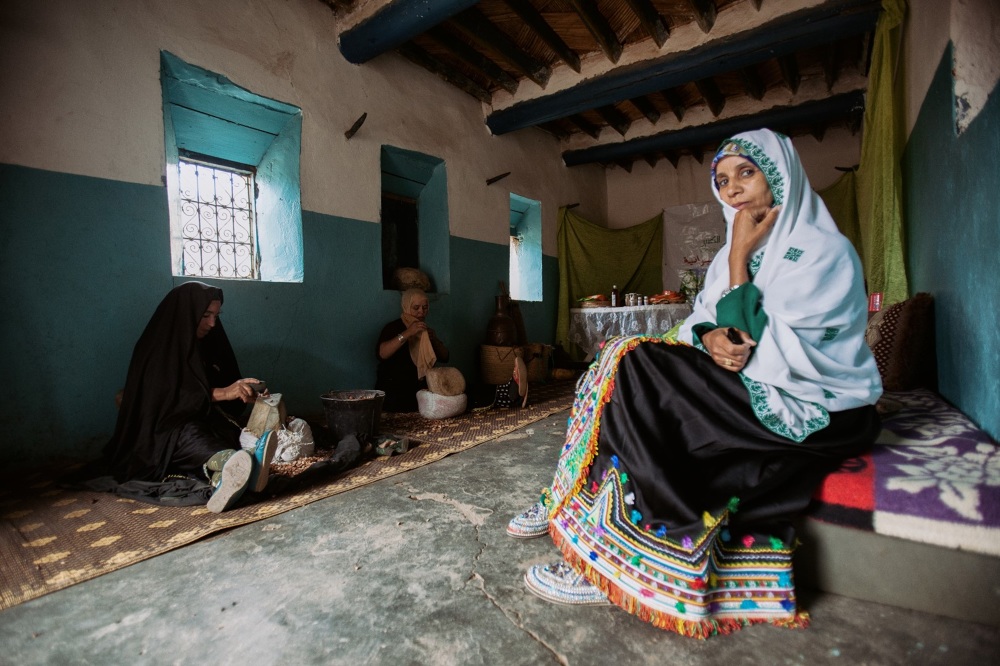 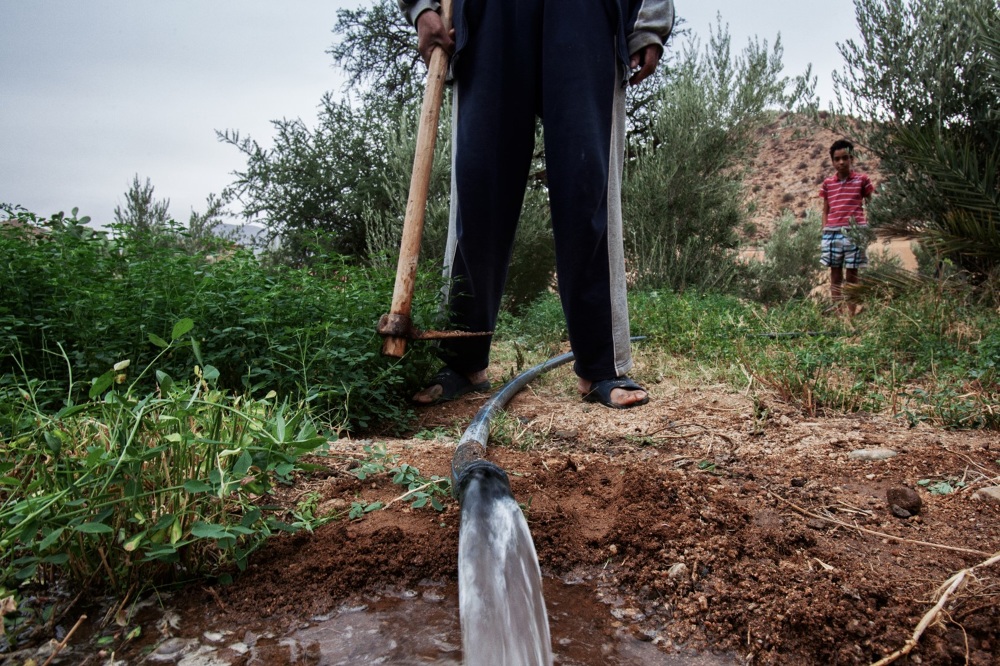 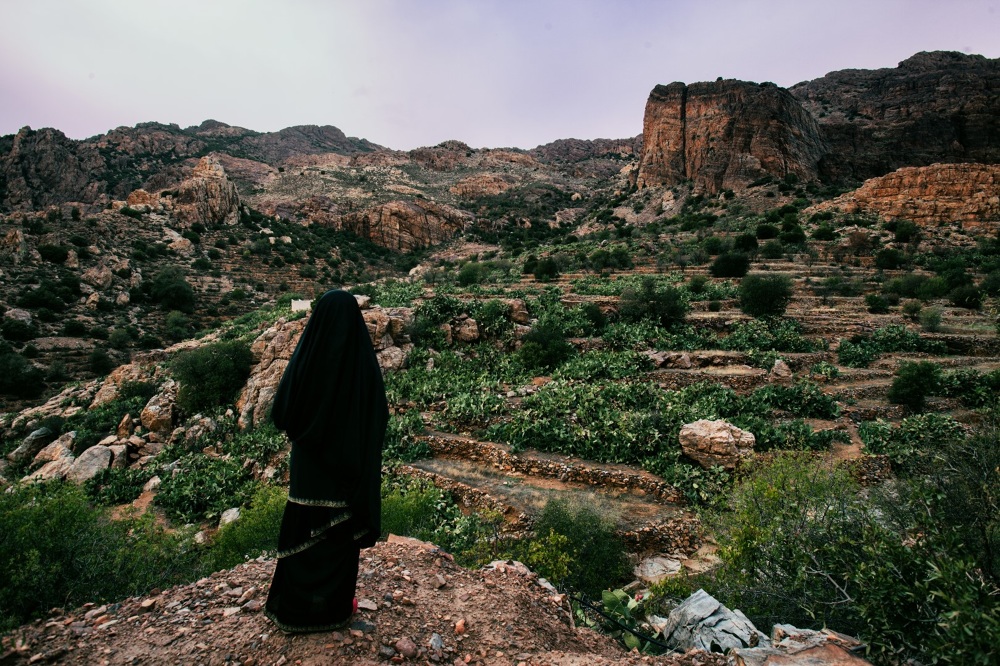 What are your thoughts on being an artist in today’s world?

To make a link between all of these lovely studies you find in the universities, that none will ever read, and give them another life. To make people think about things they give for granted, to make them think, feeling , not only theorizing around something. Bring back the importance of emotions when we are expected to think or learn.

What’s the best advice you ever had about how to be more creative or what advice would you give to someone?

It’s not about the originality of a topic, but a new view, and outlook our view on a certain topic. I hate it when someone states that this topic is already “taken”.  There’s nothing “that has been taken” as long as we can see if differently.

Who are your favourite Arab artists at the moment?

Connect with Zakaria here and here.